Mgr.  Henri Teissier died in the early hours of this morning, Tuesday, December 1, 2020.  Born in Lyons in 1929, after seminary studies in Paris and Arabic studies in Cairo he was ordained priest in Algiers in 1955. He was appointed bishop of Oran in 1973 and then coadjutor at Algiers in 1981. In 1988 he succeeded Cardinal Duval as Archbishop of Algiers where he remained until his resignation in 2008 for reasons of age.  His remaining years were spent between France and Algeria.  He died at Lyons as the result of a stroke.

Mgr. Teissier gave 65 years of his life to Algeria in evangelisation, inter-religious dialogue, prayer and spiritual guidance, carried out in a very difficult and troubled political and social context, especially during the dark decade of the 90’s.  Many of us will know of him from his association with the brothers of Tibhirine.  Mgr. Teissier visited the monastery frequently to pray and share with the brothers in community and individually during the period that preceded their kidnapping.  After their death he promoted the cause of their beatification and was able to be present for the beatification of the 19 martyrs of Algeria at Oran on December 8, 2018.

Even though his life was threatened on many occasions Mgr. Teissier chose to continue to live in Algeria witnessing to his profound desire to build fraternity and peace in the school of Christ.  May he rest in peace.  (See: Vatican News – internet, Dec. 1, 2020.) 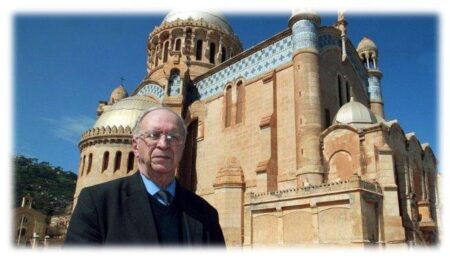